Outside the clubs and beyond the apps, we aim to provide a Third Space—a community to share, discuss, and provide support for the unique experience of being Gay and Asian.

There are many ways you can get involved in our community:

Gay Asians and Pacific Islanders represent a unique “double minority” population in many western countries—as gaysians, we are not only a minority in ethnic background but also in sexual orientation. Growing up and dealing with both institutionalized discrimination and the stigma against homosexuality can be an incredibly challenging and isolating experience. Unlike many of our friends who do not share the same minority status, many gaysians lack proper role models to learn from at a critical time during the development of their self-identities. In fact, for the vast majority, our first contacts with other gaysians and gay social groups are facilitated through dating apps and the clubbing/raving scenes. Yet too often, the apps and gay venues are platforms that prioritize physical beauty, instant gratification, objectification, and sexual prowess at the expense of deeper and longer-lasting connections.

In light of this reality, we created the Gaysian Third Space (G3S), an alternative global platform for individuals looking for Community. A Community that is a safe and supportive environment where members encourage each other to grow and mature as they explore their identities. A Community where we can share our stories and struggles on coming out, family, school/career, romance, body image, relationships, and other experiences that perhaps only fellow gaysians can fully understand. A Community that gives voice to our “multiple minority” experiences on timely issues, because our perspectives are valid and deserve to be heard. That is our vision for Gaysian Third Space.

2015: Fish and Jeffrey meet in September and, with input from friends in the community, develop a vision for G3S as a safe and welcoming community to support gaysians in the process of personal growth and identity formation. Fish and Jeffrey launch the Tumblr blog and the LINE chat group to curate an online collection of gaysian stories and to facilitate discussions.

2016: Anthony gets involved in the Tumblr blog as its first guest curator. Fish, Jeffrey, and Charles begin collaborating on The Gaysian Diaries. Fish and Jeffrey launch the G3S mentorship program. Fish and Jeffrey host the first in-person meetups in Los Angeles and San Francisco. These meetups mark the start of the G3S regional chapters in these areas.

2017: Andrew, Ethan, Anthony, and Charles start helping out as part of a newly expanded G3S administrative team. Andrew launches the G3S Facebook page as another way for members of our community to engage with each other. The LA chapter hosts monthly meetups, and the SF Bay Area chapter hosts quarterly meetups in SF. G3S members meet up throughout North America and East and Southeast Asia. Administrative team members maintain ongoing projects and lay the foundations for new long-term initiatives.

2018 in progress: Fish and Ethan officially launch the G3S website to document and enable discovery of G3S’s various projects in one location. The SF Bay Area chapter begins hosting meetups in the South Bay.

The administrative team volunteers their time to support and grow the G3S community and the broader Gaysian and LGBTQ+ Asian communities. 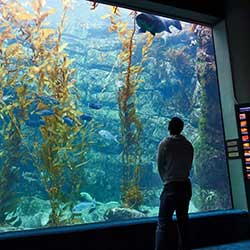 Fish co-founded G3S along with Jeff in 2015 with the vision to create a supportive community for gaysians. Fish works together with Jeff to create G3S’s overall organizational mission and strategies, manage the G3S administrative team and various projects, and oversee the direction of G3S’s initiatives. Specifically, Fish focuses on outreach, growth, and identifying opportunities for new G3S projects. Fish is Chinese American and originally from Arizona. He currently lives in Los Angeles and works in the healthcare industry. In his spare time, he enjoys traveling to new cities, hiking, and watching Game of Thrones. 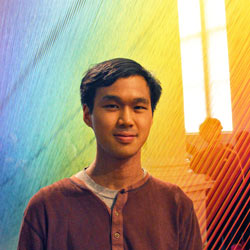 Jeffrey is a co-founder of G3S, the culmination of many discussions on creating an inclusive, nonjudgmental space for queer Asians to foster genuine and meaningful connections. Today, Jeffrey’s responsibilities include managing the Tumblr blog, compiling Follower Friday profiles, matchmaking for the Mentorship program, and organizing the Writer’s Roundtable. He’s also very excited about the Mental Health project and is looking forward to developing that resource further. Jeffrey is a third-generation Chinese American from San Francisco and currently based in the Washington, D.C. metro area where he works as an environmental economist for the federal government. When found in moments of relaxation, he is often singing/playing the piano, eating and cooking, or indulging in digital card games. 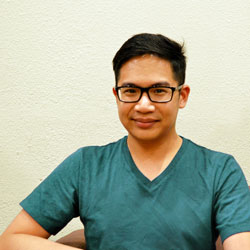 Andrew manages G3S’s Facebook presence and organizes the Los Angeles chapter’s meetups. He is a second-generation Vietnamese-American and a native of the San Gabriel Valley. In his free time, he enjoys cooking, gaming, and penmanship practice. 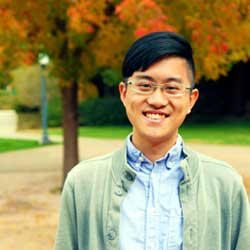 Ethan focuses on behind-the-scenes work to help develop G3S as a community resource and maintains the G3S website and Instagram account. They are a queer, nonbinary Chinese+Taiwanese-American from Michigan and currently in the San Francisco Bay Area as a grad student. In their free time, they enjoy dancing with friends in a K-pop dance cover group, building things, and reading speculative fiction and Asian American literature.

Anthony joined G3S as a contributing author to the G3S Tumblr and now is a member of the administrative team. Specifically, he serves as a moderator of the Tumblr blog and works on opportunities to spotlight Gaysian writers in the Tumblr community. Anthony is Chinese American, by way of Vietnam, and is a native of the Virginia suburbs of D.C. He currently lives in the greater New York City area and works in the legal services industry. In his free time, Anthony enjoys listening to podcasts, playing/watching tennis, and reading/writing. 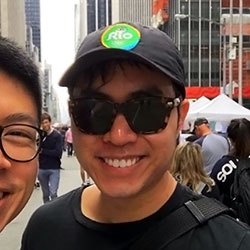 Charles first got involved with G3S as part of a collaboration on The Gaysian Diaries, a Tumblr site he made for queer Asian Pacific Islander men and transgender people to share and reflect upon their experiences. He also serves as the Chair of GAPIMNY and hopes to help foster long-lasting partnerships amongst QTAPI groups around the world. In his free time, he enjoys intense workouts, meditating, and trying new restaurants.

The G3S website is a group effort by members of our community: